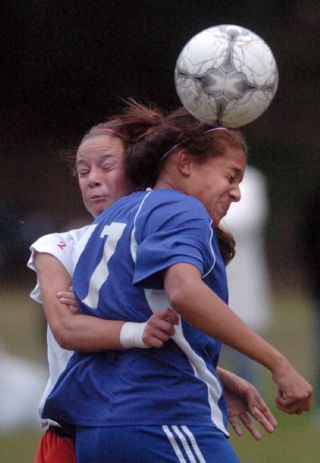 Some troubling but not surprising concussion research has emerged out of the University of Michigan.

Scientists there found differences with electrical activity in the brain, as well as general gait and balance, between college-age students who have had a concussion before and those who hadn’t. Essentially the ones with brain injuries had accelerated brain aging.

The researchers were able to tell these differences up to six years after the head injury occurred, according to the study in the journal Exercise and Sport Sciences Reviews.

However, the researchers were quick to note that these changes were subtle, and none of the study participants exhibited any differences in how they looked or conducted themselves.

“The last thing we want is for people to panic. Just because you’ve had a concussiondoes not mean your brain will age more quickly or you’ll get Alzheimer’s,” study researcher Steven Broglio, assistant professor of kinesiology and director of the Neurotrauma Research Laboratory, said in a statement. “We are only proposing how being hit in the head may lead to these other conditions, but we don’t know how it all goes together just yet,” as other factors like exercise, alcohol or genetics could play a part.

The study included 224 college athletes who participated in a number of computer tasks while brain images were taken. Of those participants, 162 had never had a previous head injury, while 62 said that they’d had anywhere from one to four concussions.

Click through and read the whole story from the Huffington Post for more perspective. Across Tampa Bay, Sarasota and Florida, kids are suffering concussions daily. Growing research shows it’s probably wise to record as much medical history of concussions as possible.

One day it could be critical data to provide a brain injury doctor or an brain injury attorney for personal injury litigation.